After celebrating the 30th anniversary of “It’s Raining Men” in 2012, legendary Weather Girls icon Martha Wash is embracing 2013 with her first solo album in 15 years, “Something Good.” Released Jan. 10 on Wash’s own label, this full-length, long-playing album transitions away from her tradition of foot-tapping, voice-soaring dance numbers.

Wash tells the Amsterdam News: “My manager, James Washington, said it was time I did a full CD. He told me, ‘You need to bring your career to a new generation.’”

She jokingly continues: “Even though my fan base on Facebook includes a lot of juvenile stalkers, I like to do timeless music. Young people are starting to get into my music. It’s not dance—it’s more adult contemporary.” 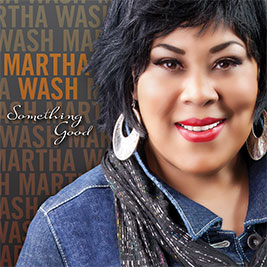 “Something Good” is a collection of new music from Wash in a different vein from her old favorites, the jukebox and VH1 hits that have not left the club scene since her rise to stardom in the early ’80s.

In her days as one-half of the Weather Girls, as well as a soloist, Wash made music usually categorized as “dance,” but today Wash feels the labeling of music styles has just about run its course.

“I can’t keep up with this music business,” she says. “It’s the craziest thing—this category, that category. I’m not trying to keep up with who’s out there now and what category I should be in.”

“It’s My Time,” one of the album’s main singles, is a righteous celebration of the self, an oath to the universe that the indomitable human spirit is not only alive and kicking, but also on the rise toward ultimate achievement.

The single is one of eight songs on the CD, which Wash financed herself.

Says Wash: “I didn’t want to do 15 songs. I have never felt like doing 15 tracks on a CD where most of them are fillers. I like to take eight great, really strong songs and put them out.”

Although Wash does not have a favorite among the eight cuts—“I like them all,” she says—she has noticed that the single ‘I Got You’ has gotten a particularly strong reaction.

For now, Wash is the only artist on her label, Purple Rose. “Being an indie artist is very hard,” she says. “I would rather deal with me right now than take on someone else.”

The label was named after her love for the color and a certain flower. “I’ve always liked sterling roses, and purple is my favorite color,” she explains.

As for financing the CD herself, Wash says: “I got to keep working. I worked hard so that I could pay for everything.”

All of that hard work paid off. “Something Good” is amazing. While Wash has been in the spotlight many times before, as the lyrics in “It’s My Time” state, her time to shine has come once more.